Over the past month I have visited Stockholm (Sweden), Reykjavik (Iceland), Helsinki (Finland), and stopped over in Dubai (United Arab Emirates) and Singapore. I am constantly amazed by the multilingual dexterity of the people I interact with in each country. The people I have talked with have switched to converse with me in English as soon as I have opened my mouth (and sometimes before I do). In contrast, I have only learned a few simple words:
Code switching is such a regular part of life for the Nordic countries. Children learn other Nordic languages in school, as well as English. For example, children in Iceland learn Danish and English. Children in Finland learn Swedish and English. Russian is also seen in the streets of Finland.
It is said that one of the reasons these Nordic languages have survived and remained distinct was due to the translation of the Bible. For example, in Iceland, the New Testament was translated in 1540 and the entire Bible in 1584. The first Finnish translation was in 1548. I also learned about the importance of the translation of the Bible for the Irish people when I saw the Book of Kells earlier this year.


In February, RIPPLE researcher and ARC Future Fellow, Sharynne McLeod, and her colleagues, uploaded seven submissions to the Australian Senate Inquiry into the prevalence of different types of speech, language and communication disorders and speech pathology services in Australia. Their submissions were also highlighted in a recent CSU Media release: Speech pathology services urgently needed. Speech Pathology Australia’s submission to the Inquiry referenced the work Sharynne has undertaken as part of her Future Fellowship, as well as the work her team has completed with ARC Discovery funding.

Sharynne has continued her work with data from Footprints in Time: The Longitudinal Study of Indigenous Children. In March, Sharynne, along with her RIPPLE-sponsored PhD student, Sarah Verdon, presented their work to the Australian Institute for Aboriginal and Torres Strait Islander Studies (AIATSIS) National Indigenous Studies conference held in Canberra. Their presentation was titled Celebrating Indigenous Australian children’s languages: Diversity, competence and support. Sharynne and Sarah were also asked to write a paper for the Australian Government’s Department of Social Services annual report on the LSIC, on longitudinal patterns of language use, diversity, support and competence. As a result, both researchers have participated in a number of radio and print interviews.
In April, Sharynne travelled to Ireland for a two-day board meeting of the International Association of Logopedics and Phoniatrics. She was also an invited speaker at the Irish Association of Speech and Language Therapists Study Day in Dublin, where she spoke on Resources for supporting multilingual children. Sharynne then travelled to Exeter in the UK to give a presentation to the South West Specific Speech Sound Impairment Clinical Excellence Network, entitled Assessing children’s speech: The big picture.

The Speech Pathology Australia National Conference was held in Melbourne during May, and Sharynne, along with three of her PhD students—Sarah Verdon,  Sarah Masso, and Suzanne Hopf—presented a range of papers, focusing on the speech of children with cultural and linguistically diverse backgrounds, particularly within the Asia Pacific region. The team took out two awards: see Awards and Success Stories on p. 3.

In June, Sharynne and her PhD students—Sarah Verdon, Sarah Masso and Suzanne Hopf—travelled to Stockholm, Sweden, to present papers at the International Clinical Phonetics and Linguistics Association conference. While in Stockholm, Sharynne and Sarah Verdon also hosted a meeting of the International Expert Panel of Multilingual Children’s Speech on 11 June. The panel members spoke 16 different languages in a professional capacity and had worked in 25 different countries (including Slovenia, Iceland, Israel, and Jamaica). She then travelled to Iceland in late June to present papers to members of the Icelandic Association of Speech and Language Therapists (Félag talmeinafræðinga á Íslandi), where she focused on multilingual children’s speech acquisition, assessment, and intervention.

Further evidence of the international impact of Sharynne’s research is her invitation to provide feedback on the World Health Organization’s revisions to the International Classification of Diseases—for their eleventh revision which is due to be published in 2017. Sharynne was invited to critique the draft document on developmental speech disorders, and has offered recommendations from the International Expert Panel on Multilingual Children's Speech, as well as from other work she has undertaken.
For further information and regular updates, please visit Sharynne’s blog: Speaking my languages.

I have taken a few days' leave to explore Iceland (since I am so far from home). What a spectacular country this is!

Thank you Thóra and Thórunn

Thora Másdóttir (Þóra Másdóttir) is the Clinical Director of the National Hearing and Speech Institute of Iceland. She invited me to work with her and to present workshops to the Icelandic Association of Speech and Language Therapists (Félag talmeinafræðinga á Íslandi). She is a wonderful advocate for Iceland, has developed many resources including speech and language assessments, children's books, journal articles and book chapters. She has been my host during my visit to Reykjavik - and I cannot thank her enough for her generosity and hospitality. 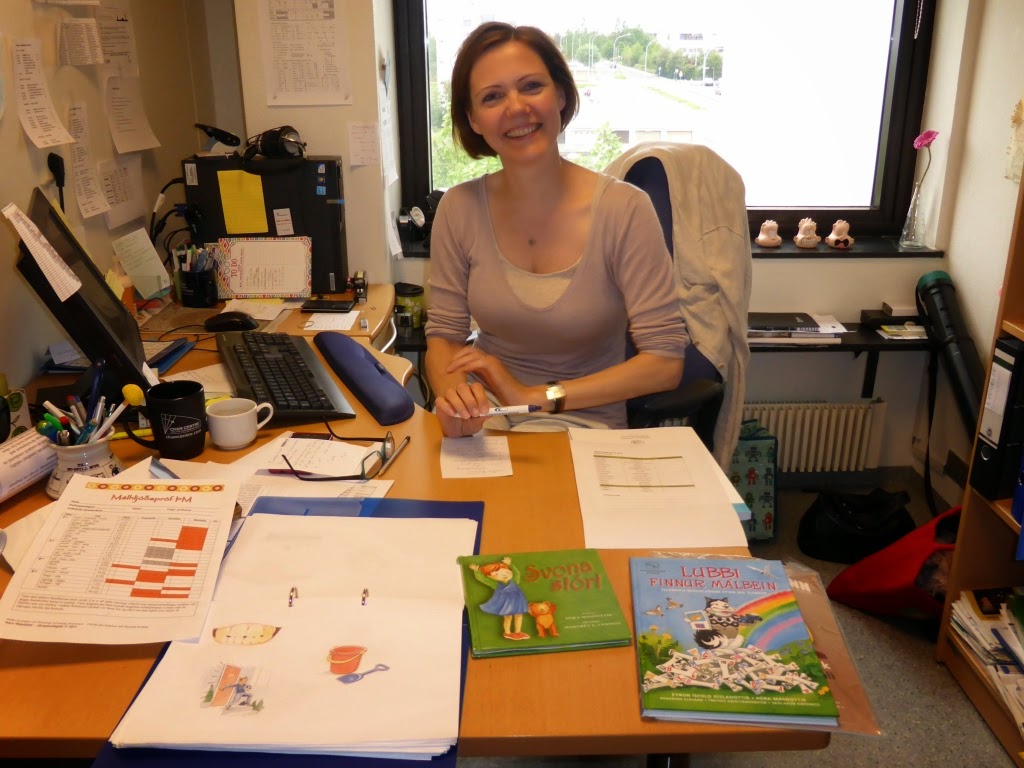 Thórunn Halldórsdóttir (Þórunn Halldórsdóttir) is the President of the Icelandic Association of Speech and Language Therapists. Thórunn assisted Thóra to organise my time in Iceland, and hosted a wonderful dinner at Grillmarkaðurinn on Friday night.
Thóra and Thórunn took me sightseeing on Saturday. We visited Thingvellir, Geysir, Gullfoss, and Eyrarbakki (the Golden Circle). Iceland is a beautiful place - and Thóra and Thórunn managed to organise rainbows, geysir eruptions, and sunshine just at the right times!

The first workshop was attended by 24 people and the second was attended by 23, with many people coming on both days. Consequently, I have been honoured to speak with almost half of Iceland's active members of the Icelandic Association of Speech and Language Therapists! It is midsummer in Iceland, so I was grateful that many came to the workshops during their summer holidays.

The importance of travel

“Travel is fatal to prejudice, bigotry, and narrow-mindedness, and many of our people need it sorely on these accounts. Broad, wholesome, charitable views of men and things cannot be acquired by vegetating in one little corner of the earth all one’s lifetime.” – Mark Twain, The Innocents Abroad

"Twenty years from now, you will be more disappointed by the things you didn't do than by the ones you did. So, throw off the bowlines. Sail away from the safe harbour. Catch the trade winds in your sails. Explore. Dream. Discover." - ― H. Jackson Brown Jr., P.S. I Love You, often credited to be by Mark Twain

Today, 17 June 2014, Iceland celebrated its 70th anniversary of independence from Denmark. I attended the celebrations: "Dagskrá 17 júní í Reykjavík" with Þóra Másdóttir (Thora Masdottir). It was wonderful to see the involvement of children in the day: wearing their national dress, participating in the parade, and enjoying the balloons, music, and family concerts. 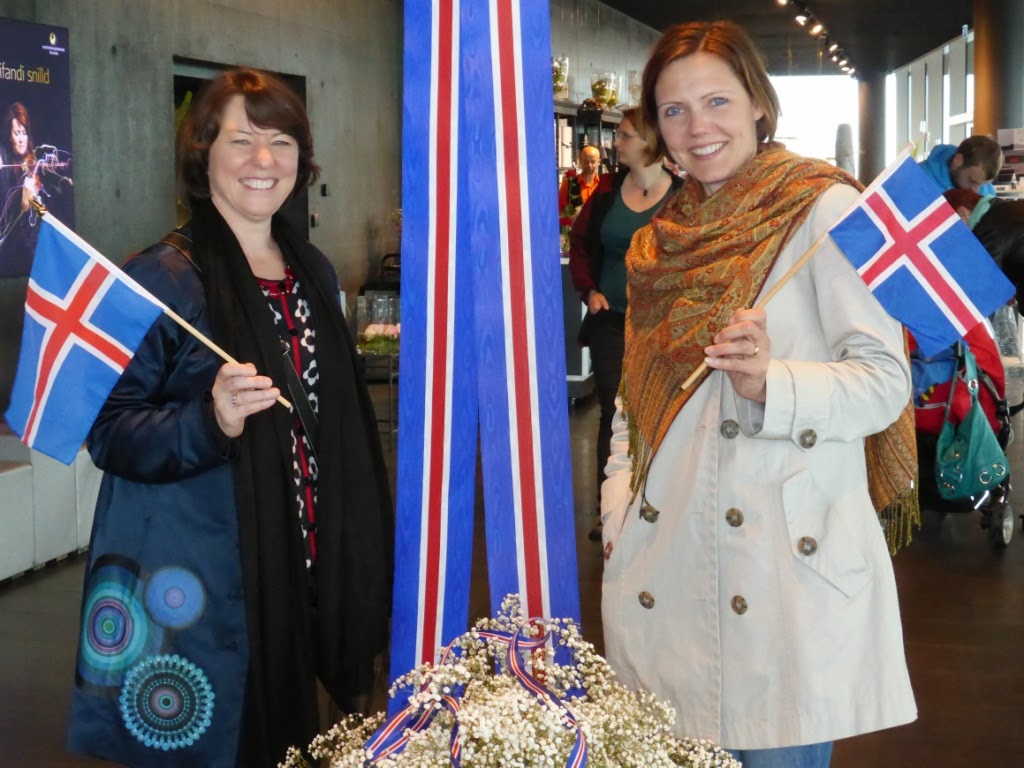 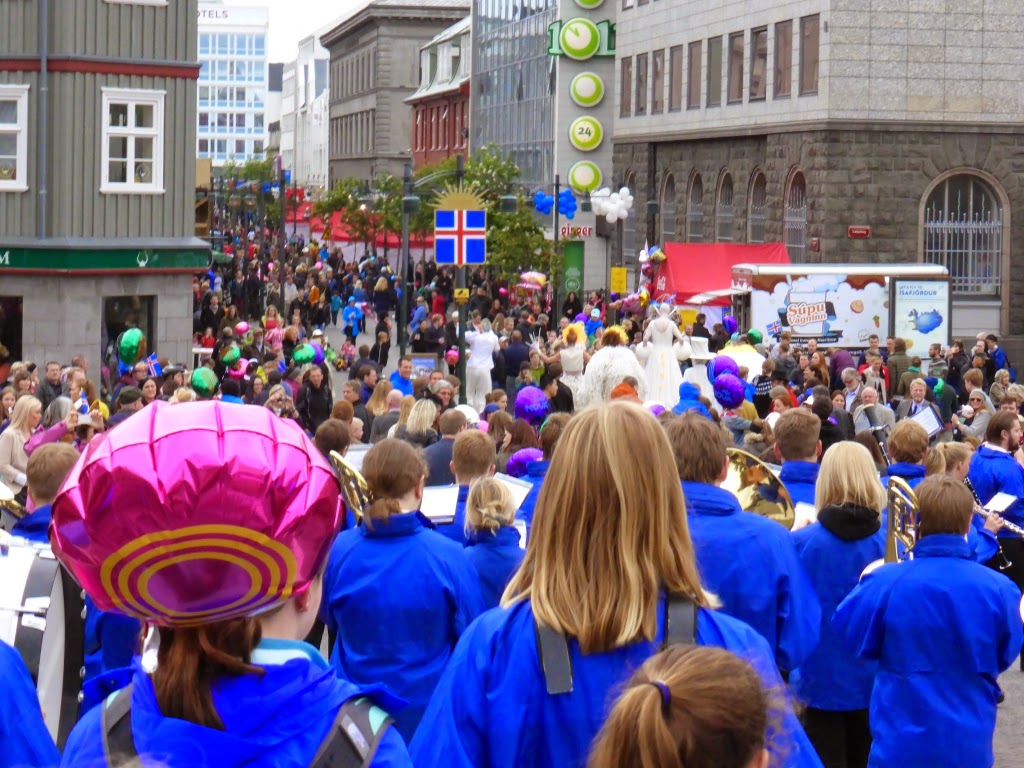 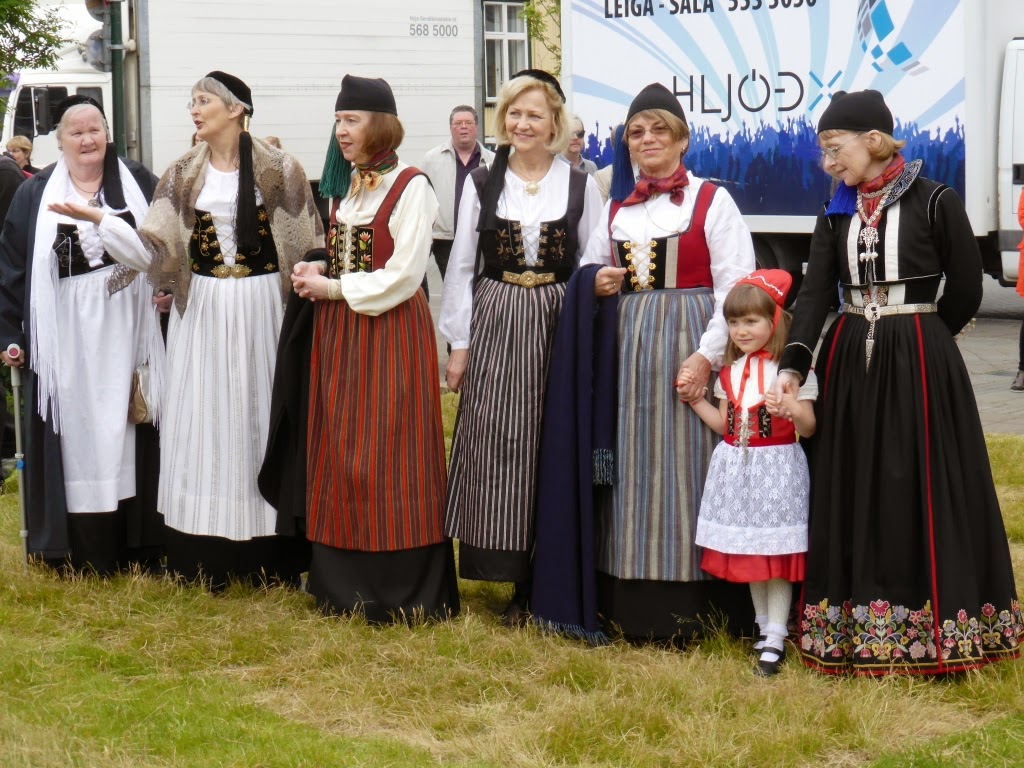 50th anniversary of speech and language pathology education in Sweden

Professor Christine Dollaghan from University of Texas at Dallas was the invited speaker and her keynote was titled: Evidence-based practice in speech and language pathology: How far have we come and how much farther do we need to go? The program also included presentations by invited Swedish researchers and speech and language pathologists. The event concluded with a celebratory dinner at City Hall, the venue for awarding Nobel Prizes.

There is a lot that can be accomplished via emails; however, travel to conferences to meet face-to-face with researchers from across the world provides opportunities for collaboration, networking, and making friends that cannot be achieved virtually. The ICPLA conference hosted delegates from 33 different countries. Here are a few of the people that my students and I met with while in Sweden:

At the close of the International Clinical Phonetics and Linguistics Association conference, the results of the votes were announced for the next executive team.
The delegates thanked the outgoing President, Professor Sara Howard (UK) for her 8-year term of office.
The 2016 conference will be held in Halifax, Canada.

During the International Clinical Phonetics and Linguistics Association conference I had many opportunities to meet with collaborators on the Intelligibility in Context Scale. There is a wide range of international research underway at the moment to validate, norm, and explore the uses of the scale in monolingual and multilingual contexts.
Vesna Mildner presented a poster providing normative data for 486 Croatian preschoolers aged 1;2 - 7;3 years:

In addition,  I learned of research that was underway in Germany, Sweden, and Turkey and many other countries around the world.